How many actually experience an MH episode? How many people are at risk for MH? 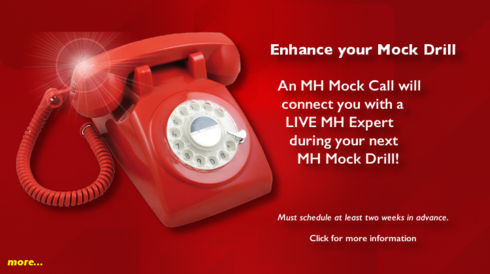 These direct and apparently straightforward questions have been posed for as many years as I have been involved in the study of MH.  If one checks the medical literature, the incidence of MH events ranges from one in 5,000 to one in 100,000 anesthetics.   That is quite a wide range.  In addition, how many people are at risk for MH is also unclear?

Actually in some ways, the second question is easier to answer than the first.

MH is an inherited disorder whereby abnormalities in one particular gene, the Ryanodine receptor gene, may be found in up to 70% of known MH susceptibles.  Since MH is not a common disorder, it would be difficult to screen thousands of people to see how many without a history of MH harbor one or more of the DNA changes found in MH susceptibles. Instead, mathematic modeling based on the incidence of multiple DNA changes in MH susceptibles has been used for predictive purposes. The calculations indicate that as many as one in 3,000 people harbor the changes that can lead to an MH event.  Two studies, one in the French population (1) and one in the Japanese population (2) come up with a similar number. Hence the prevalence of the DNA changes leading to MH might be found in one in 3000 patients. That is, one in 3000 average people are at risk for MH! Of course, that number might not apply to all populations since the genetic background of different ethnic groups is varied. But if this is true, then there would be about 100,000 people in the US who are at risk for MH. There are about 30 million anesthetics administered each year in the US, or about 10% of the population. If every MH susceptible developed MH when anesthetized, there would be several thousand  episodes of MH each year. Clearly this is not true for several reasons:

What we do know is that there are 2-3 deaths per year directly related to MH reported to MHAUS in the US each year. Drs. Marilyn Larach and Barbara Brandom and colleagues reviewed 19 years of data in the North American MH Registry and found that the mortality from MH was less than 2% of all cases of MH(3). If true, this would put the total number of MH cases per year closer to 150 in the US, which is lower than most studies have shown.  I conclude that there are more MH deaths than are reported.

Although I think that our MHAUS office learns of most cases of MH through our hotline, we have no way of knowing if that is true or not. Further, we do not know how many cases occur that are not reported to MHAUS.

There is another way to approach this problem - -  through epidemiologic studies of public databases.

The way that epidemiologic studies are conducted is to query a database containing information about a disease or condition. Sometime this is collected in a Registry format, particularly for rare disorders.  Again, it is always a challenge to determine whether all cases are identified and entered in the Registry. In recent years, with the advent of sophisticated computer technology, many States have begun to collect hospital discharge information. Here is how it works. Every disorder, condition or procedure is assigned an agreed upon code. For non- procedural conditions, that is the ICD-9 code (international classification of diseases); for procedures, it is CPT code (common procedural terminology). When a patient is discharged, a code is assigned for each diagnosis, problem and procedure.

It is possible to query both State and national databases to find out the annual number of anything. For example, the ICD code for MH from anesthesia is 995.86. It is also possible to determine the number of surgical procedures for a given period of time, or even the number of anesthetics where surgery is not involved.  A study presented at the American Society of Anesthesiologist’s meeting in 2007 used a national database of hospital discharges reported from 422 to 556 cases of MH per year over the period  2000-2004 with a mortality of from 15.6 to 23.9% (4).  Astoundingly high.  At this year’s ASA meeting a report of complications from anesthesia based on national data reveals 637 cases of MH in 2005(5). Another study in process reveals an incidence of MH of about 1 in 100,000 surgical procedures in NY State in 2005 with a mortality of 22%!

What’s going on here?  What is the true incidence of MH and how often do people die from it?  Well we don’t really know for sure.  One problem is that the databases with the best information relate to hospital discharges, not ambulatory surgery centers (although one would presume that everyone who develops MH would wind up in a hospital).  Another problem is that the people who code for “MH of anesthesia “ and the clinicians who indicate that the patient suffered from MH are not always clear as to what should be called malignant hyperthermia. Sometime the term is used generically (anyone who has a very high body temperature from whatever cause)  rather than to a specific condition.  In reviewing data from my institution, only 1 of 7 patients who were coded as having had MH  really had an MH episode. One patient had had a diagnosis of MH in the past.  The others patients experienced very high body temperature for a variety of reasons not related to MH or even Neuroleptic malignant syndrome.

So, the data are conflicting and clearly not accurate except in a general sense. What is needed is a multicenter study involving many institutions so that a significant number of cases coded as MH can be detected and then a detailed review of the medical records undertaken to determine whether the patient indeed developed MH. Such a study will require organization and funding, but until it is done, we will be left wondering.

4.      Rosero EB, Timaran CH et al. Trends and Outcomes of Malignant Hyperthermia in the US. American Society of Anesthesiologist’s  meeting October 15, 2007 A1032