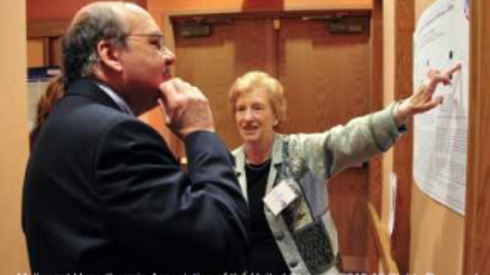 Malignant Hyperthermia is often experienced in individuals undergoing, what was expected to be, routine surgery but can also happen to a person outside of the operating room. Malignant Hyperthermia is a genetic disorder found in an estimated 1 out of 2,000 people. Once triggered, the rapid progressive series of chain events include a body temperature of up to 107 degrees, muscle rigidity, system-wide organ failure, and possible death. Introduction of a treatment drug and advances in the understanding of MH have saved many lives since the syndrome was first described in the 1960s.

How You Can Prepare
Healthcare Professionals are encouraged to keep MH training current in order to rapidly recognize and diagnose the disorder and to maintain an appropriate supply of the drugs and equipment needed to successfully treat a MH emergency and plans to transport a MH-suspected patient.

Events Happening This Month
The Geoffrey Keller Memorial Open Water Swim in Marshall, Illinois on Saturday, June 21, 2014 was announced by the Geoff Keller Chapter Group of MHAUS to remember the life of namesake Geoff Keller with his family and friends and to build awareness about Malignant Hyperthermia.

Nurses at University of Rochester Medical Center are co-hosting a MH Mini-Conference in Rochester, NY on Saturday, March 29, 2014 for healthcare professionals and patients in Western and Central New York.

MHAUS is asking for your help to post selfies to the MHAUS Facebook Page to celebrate March to be Malignant Hyperthermia Awareness and Training Month. Click this link for details: https://www.facebook.com/mhaus.malignant.hyperthermia.association.us

What is Malignant Hyperthermia
Malignant Hyperthermia (MH) is inherited genetic disorder found in an estimated 1 out of 2,000 people and triggered by certain anesthetics and/or the drug succinylcholine and most often experienced in individuals undergoing routine surgery but in rare cases MH can happen without anesthesia. The disorder is due to abnormally increased levels of cell calcium in the skeletal muscle. Symptoms include body temperature of up to 107 degrees, muscle rigidity, system-wide organ failure, and possible death.

There is mounting evidence that some patients will also develop MH with exercise and/or on exposure to hot environments. Without proper and prompt treatment with dantrolene sodium, mortality is extremely high.

About the Malignant Hyperthermia Association of the United States (MHAUS)
MHAUS was founded families who lost their children to MH or could not find information about MH. In 1981 they found each other - and a doctor performing MH testing – and agreed “to make current information about MH available to all who need it!”

Since 1981 MHAUS has asked fostered the following: the World Health Organization (WHO) to add MH to its list of recognized diseases and disorders. In 1983 the first MHAUS healthcare professional and patient teaching conference. In 1992 the FDA ordered pharmaceutical companies that manufacture succinylcholine to change the package insert to indicate that the drug should not be used routinely in children. In 1995 the MH 24-hour Hotline was formalized and MHAUS merged with the North American MH Registry, which had been established in 1987. In 1997 the MHAUS website was formed along with the Neuroleptic Malignant Information Service of MHAUS. In 1998 the MH ID Tag program was created. In 2000 the MH Procedure

Manual was created for ambulatory surgery centers, hospitals, and office based surgery suites. In 2001 the MH Patient Liaison Committee was formed. In 2003 a new mutation in ryanodine receptor gene was discovered and appears to be causal for MH. More at: www.mhaus.org.

The mission of Malignant Hyperthermia Association of the United States is to promote optimum care and scientific understanding of MH and related disorders. MH episodes can happen at any time and MHAUS will always be ready to provide assistance when you need it. But the best way protect your family and patients is to be prepared before it’s too late. Get Involved with MHAUS today to find out what you can do to make a difference.