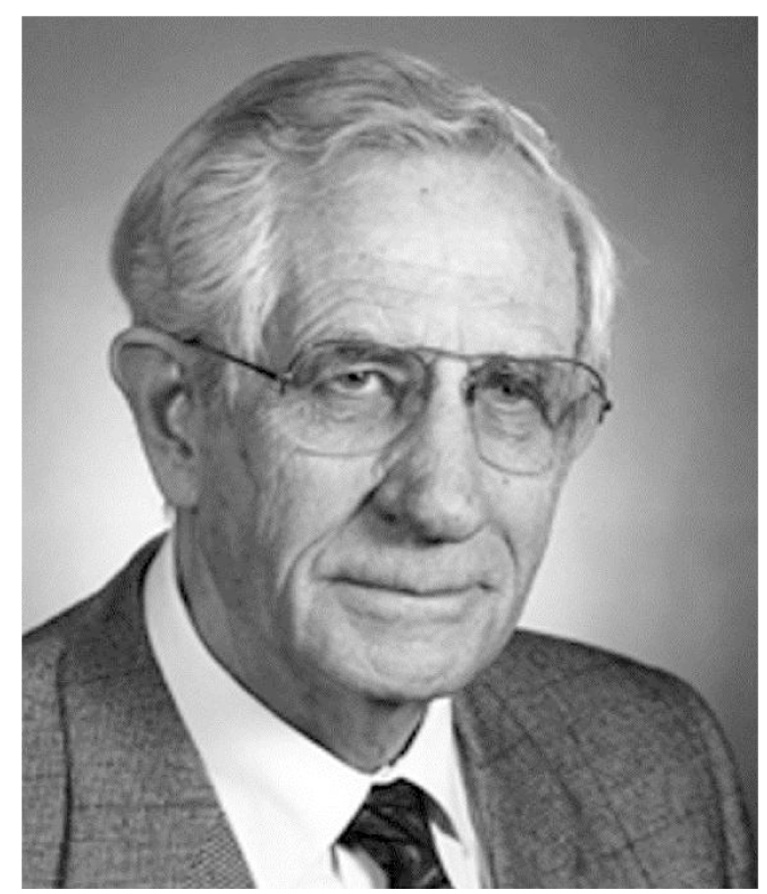 When Dr. Werner Kalow allied his specialty, pharmacology, with the study of genetics, few realized that otherwise benign drugs could prove deadly in certain patients with genetic defects. Called “the father of pharmacogenetics,” Dr. Kalow’s many years of research into how genetic changes can alter a person’s response to drugs eventually led to investigation into the role of anesthetic agents in triggering malignant hyperthermia. Born in Germany in 1917, he received an M.D. degree from Koenigsberg University in 1941.  He served as a surgeon in the German Navy during World War II and was the camp surgeon while a POW in Arizona. Freed in 1947, he returned to Berlin and began training in pharmacology. Fluent in English, Kalow volunteered to be an interpreter for a group of American scientists visiting Germany.  His detailed explanation of a talk presented in English was so impressive that he was invited by the Chair of the Department of Pharmacology of the University of Pennsylvania to visit for a year’s study. In Philadelphia Kalow worked  with a Beckman Spectrophotometer, which uses the absorption of light by drugs as a means to identify and measure drug concentration, to investigate the  metabolism of the local anesthetic procaine and later of various other chemicals.  Using this technique he was able to reveal the presence of various forms of a specific enzyme that is responsible for the

metabolism of the paralyzing drug succinylcholine. For some patients with an altered form of the enzyme the duration of action of the drug was greatly prolonged. This led to Kalow’s postulation that a genetic change altered the structure of the enzyme. He then undertook investigation of the hereditary nature of this occurrence. This eventually led to the development of a blood test that is commonly used to investigate those with a prolonged response to succinylcholine and similar drugs. Kalow joined the Department of Pharmacology at the University of Toronto in 1951, eventually becoming the Department Chair from 1966 to 1977. In the early 1960s  Dr. Beverly Britt, an anesthesiologist at the University of Toronto, was investigating a newly recognized syndrome, malignant hyperthermia. She had shown that an acute MH crisis could occur in some patients when certain anesthetic agents were used.  Furthermore, certain breeds of pig manifested similar changes. Her findings coincided with Kalow’s interest in Pharmacogenetics, and in 1966 their long collaboration

began, continuing until her retirement in 1996. Dr. Kalow’s and Dr. Britt’s development of the caffeine contracture test (Lancet 1970, 2: 245-247) was an important indicator of MH. Their first studies showed that excised muscles from pigs exhibiting the MH trait responded abnormally to certain drugs. Caffeine proved to be as effective as the anesthetic halothane in causing muscles to contract, indicating susceptibility to MH. Later studies on leg muscle excised from patients under anesthesia verified the role of caffeine in causing an abnormal increase in muscle contracture. This observation eventually led to the caffeine halothane contracture test (CHCT), the standard for determining MH susceptibility. Drs. Kalow and Britt collected information on families of MH patients in Canada, and brought attention to the syndrome by many publications describing the incidence of the syndrome and its consequences. Along with the chair of Anesthesia at the University, Dr. R.A. Gordon, they organized the first International Symposium on Malignant Hyperthermia in Toronto in May 1971. This symposium led to the recognition of MH as a distinct medical syndrome and stimulated both laboratory and clinical research that continues today. Dr. Kalow published over 300 articles, was the recipient of numerous research awards throughout his distinguished career, and his 1962 book, Pharmacogenetics, represented the first systematic study of his then emerging specialty.  His work continues to stimulate new avenues of pharmacological inquiry.