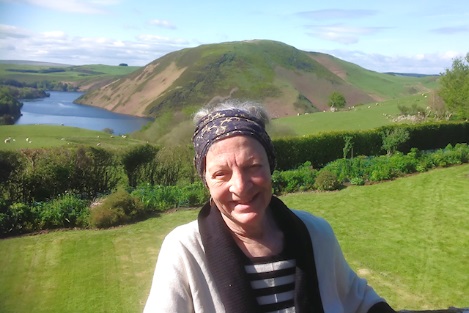 Dr. Beverly Britt was a very significant contributor to important discoveries about malignant hyperthermia during her Professorship at the University of Toronto. Beverly was a dear friend of mine and was helpful to me as I started my career working with physicians; especially anesthesiologists.  Beverly died at her home in Wales on October 25, 2016 and so another pioneer of MH is gone. She was a very energetic person and was willing to take on experimental challenges that her training as a physician did not prepare her for.  As an example, on one of my visits to her laboratory I found that she had successfully prepared a setup to measure mitochondrial electron transfer and was testing if uncoupling of oxidative phosphorylation could be causing MH.  This was one of several different experimental approaches she worked on in attempting to discover the cause of MH. The most important discovery in her lab was that which demonstrated that biopsied skeletal muscle from MH individuals produced abnormal, in vitro contracture responses to caffeine and to caffeine with halothane.  This was confirmed by many laboratories after that.

Beverly’s introduction to MH occurred when she was a resident in anesthesia at the Toronto General Hospital. She was called to an OR where a patient was undergoing a life-threatening episode and many hands were needed to symptomatically treat the patient.  Treatment was unsuccessful and Beverly was challenged to work on the case and offer an explanation for the observed clinical episode.  With a joint appointments in Anesthesia and Pharmacology she met Dr. Werner Kalow who was working on the pharmacogenetics of pseudocholinesterase.  Together they decided to test skeletal muscle from MH individuals and made the important discovery that in vitro caffeine-induced contractures were abnormal in MH muscle.  Consequently, this implicated skeletal muscle as the target tissue for MH and provided a means of identifying MH susceptibility and became the basis for the muscle biopsy contracture test which was the first diagnostic test for MH.  Soon after this discovery she established the first diagnostic testing center for MH and over 2000 subjects have undergone testing and the lab remains in operation to this day.  She and Dr. Kalow investigated several MH families and confirmed that the disease was genetic and inherited as a dominant  trait.  Later collaborations with Dr. David MacLennan resulted in discovery of specific mutations linked to MH.

On occasion Beverly’s energy and enthusiasm for MH brought her criticism because she would present what was a theory as being factual.  However, some of her theories were later confirmed with data and the skeptics were silenced.  In this regard she kept many of us challenged while we registered respect for her accomplishments.  During a period of time when MH was unknown to the field of medicine, Beverly and her chairman, Dr. A. R. Gordon organized an international symposium on MH  in 1973, and the attendance and participation at  this meeting was outstanding. Consequently, MH was officially introduced to and accepted by modern medicine.   For reasons we may never know, Beverly ended her career and moved to Wales where she became a full time gardener with cats and adopted dogs for companionship.  I cannot overstate the important impact this woman had in bringing a rare disease to the forefront of recognition in medicine and the discoveries relating to etiology and inheritance of MH.