How Well Prepared are Anesthesia Teams for dealing with an MH crisis? 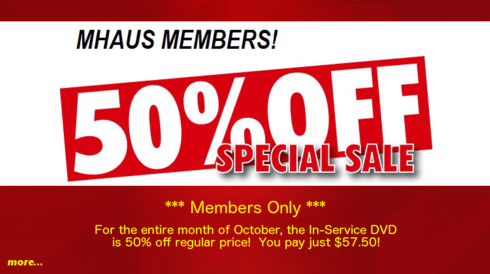 There is no doubt that over the past 30 years MH has gone from a virtually unknown, highly fatal problem to one that is well described in every textbook of anesthesia, surgery, medicine, and nursing.   Reference to MH can be found, even if it’s just in passing, in the curriculum of most training programs for health care professionals dealing with surgical patients.  Since MH is not an extremely common problem, it is not surprising that the average physician or nurse would not know a great deal about the intricacies of the syndrome, such as its clinical manifestations, the underlying pathologic changes and subtleties of treatment.  But everyone who has studied some aspect of medicine or nursing will be able to know where to find more information about the syndrome and also to understand at the least that it may be fatal if not identified and treated with dantrolene promptly.  We would however expect that anesthesia providers and surgeons know a good deal about MH and particularly the steps in treating the syndrome.  Recent studies however provide some disturbing information about MH preparedness.

Mortality from MH as a Measure of Preparedness…

One of the goals of MHAUS has been to not only provide information about MH to health care professionals and the public but also to assist the anesthesia and nursing communities to be prepared to act promptly and effectively when a crisis arises. We have generally measured success in the management of MH based on declining mortality from MH.  However, we realize that we are not aware of all cases of MH.  In some situations we might not be called when a patient dies from MH because there is an aversion to publicizing a bad outcome.  As I mentioned in a previous blog, a study published in the very respectable journal, Anesthesia and Analgesia, one of the two outstanding anesthesia journals found that the mortality from MH is closer to 12% overall based on national data.  The mortality ranges from 5% when the syndrome occurs in a hospital to 20% when the patient with MH has to be transferred into a hospital.(1)  This statistic causes concern, but again we questioned whether all those cases called MH were really MH, or  just cases of high fever after surgery. Hard to know since the individual case data are not presented.

As part of an epidemiologic study based on data from the state of NY from 2001-2005, a higher than expected mortality (about 20%) was also identified in certain situations. (2)  This data will soon be published in Anesthesia and Analgesia.  My coauthors on the study, Dr. Lena Sun, Dr. Guohua Li and Ms. Joanne Brady of Columbia University and I will soon be embarking on an in depth study of the specific cases that were labeled  MH in order to be sure that they really were MH and not a syndrome resembling MH.

Use of Simulation Technology to test Preparedness for Emergencies

These studies call into question our comfort level that MH is recognized and treated appropriately in greater than 95% of cases.  Now another study looking at MH from an entirely different viewpoint, demonstrates that indeed when faced with a crisis many anesthesia providers become confused and overwhelmed and do not follow the standard treatment procedures. They may waste time changing an anesthesia machine, make a mistake in calculating the dose of dantrolene, have insufficient personnel to do all the tasks required for management of MH, etc.  Most interestingly, this study was not aimed at determining how practitioners manage MH specifically.  Rather it was a simulation-based study whereby the anesthesiologists and nurse anesthetists were confronted with one of ten emergencies, such as unexpected anaphylaxis (massive allergic response) and were scored on how the response was managed by independent observers.  The scores for nine of the emergency situations were quite good, but not for MH!  Less than 20% of those handling the crisis performed the key actions required to identify and treat MH as opposed to a much higher percentage for all the other situations.  (3)

So the issue of translation of information and data from text into the real life situation awhere one must respond prompthy and where there is no time to refer to a book, as far as MH is concerned, needs work.  It’s like the difference between reading a foreign language and speaking it. The latter requires a greater ability to mobilize stored data.

The Place of Simulation in Training Health Care Professionals

A word is in order about the use of simulation in training health care professionals.  Full scale high fidelity manikins that may be programmed to respond to drugs or situations with such physiologic responses as blood pressure, heart rate, respiration, even muscle tone, and bleeding have rapidly become an important part of training students and health care professionals.  Such simulation has been around for a while, but it has reached the “tipping point”, whereby it will soon be a requirement that trainees and even experienced clinicians demonstrate their abilities in a simulation center.  The study quoted above was done at the simulation center at Washington University School of Medicine in St. Louis Missouri under the direction of  Dr. Michael Avidan and Dr. David Murray(3).

Another well known anesthesiologist  in this field of simulation is Dr. David Gaba, Professor of Anesthesiology at Stanford. Along with his colleagues, particularly, Dr. Steven Howard, they have been using simulation to assess competency and to devise teaching programs for improving patient care.  They have particularly focused on “crew resource management”, i.e. teamwork in response to a crisis.  Such programs are more commonplace in the airline industry and in the nuclear industry.  In particular, airline pilots are required to learn how to fly a new airplane in a realistic simulator and only after thorough training can they fly the real thing.  Dr. Gaba and colleagues recently published a study where an MH event was used to study coordination and teamwork in a simulated crisis.(4)

In the future, we intend for MHAUS to assist in the development of simulator based education programs.  However, to do it right requires many hours of planning and development.  Meanwhile we are approaching the need for preparation and training in successfully handling an MH crisis using a different form of simulation: an MH drill.

The Board and staff at MHAUS have been delving deeply into what our “customers” need for better management of MH.  One of the top requests is for the development of a guide for carrying out an MH drill (like a fire drill or a response to a cardiac arrest).  We know that many hospitals and ambulatory surgery centers perform such a drill on a regular basis, in part because one of the ambulatory center accrediting agencies require such a drill every year.  But we also know that others do not know how to develop such a drill.  Such questions as how many people need to be  involved, where does one get expired dantrolene to practice mixing the stuff, how does one score the success of the drill, does a site require a manikin to carry out the drill or is there an alternative?  Creation of a program to assist hospital ORs, ambulatory centers and other places where MH trigger agents are in use, in developing a drill is tops on the MHAUS project list. Our staff, consultants and other volunteers are committed to having a guideline for setting up and carrying out an MH drill in place by the end of the summer.

So the answer to the question in the title of the blog, is that some centers are very well prepared but there is still a need for improvement.

To keep up with the rapidly evolving information concerning MH, become a member of MHAUS, or become a member of the MH cause on facebook or follow the web site from time to time. If you currently do not receive our email newsletter, sign up for that too. It is free and there is no advertising.

As always, let me know your comments and what you would like to hear about.